Home > News > Young SA Scientist recognised at the 19th edition of the L’OREAL UNESCO FOR (...) 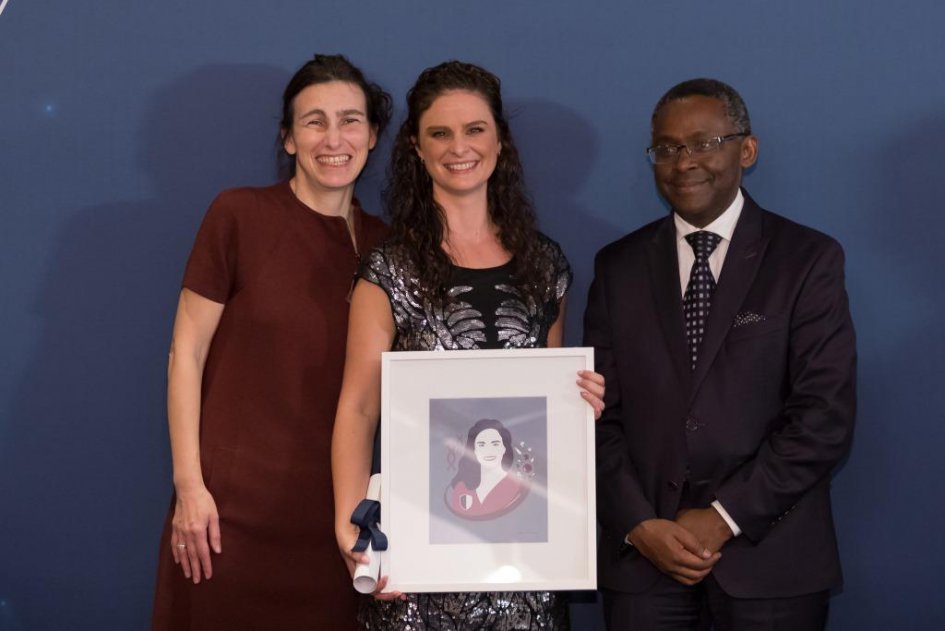 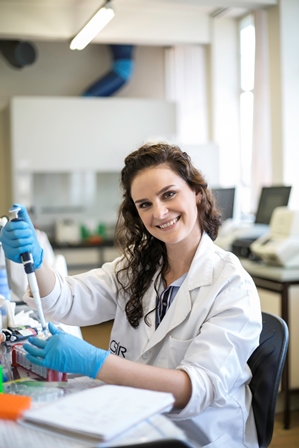 BACKGROUND OF THE RESEARCH

Major advances in cell biology over the last 40 years have allowed scientists to learn a lot more about the immune system. Inflammation, the bodies protective response to injury or infection, is perceived as a double-edged sword, it is needed to clear infection but if it is not carefully regulated it leads to many diseases, like autoimmune disease, cancers and even sepsis. Sepsis is the uncontrolled activation of the immune system and is the leading cause of death in ICU’s worldwide. “Current approaches to treat inflammation are not always successful. This highlights the need to gain a detailed understanding of these processes, so we can develop new therapies and refine old ones,” says Dr Fanucchi.

Gene regulation, or the mechanism whereby genes are switched on and off, is critical to how cells function, and regulates inflammation. “My work focuses on understanding how inflammation is controlled at the level of gene regulation. This is a highly complex process that is not fully understood. Critically, the ability to tune down this rapid response would be a very important therapy,” she further explains. Dr Stephanie Fanucchi is a post-doctoral researcher at the CSIR within the Biomedical Translational Research Initiative (BTRI) - an initiative of the Council for Scientific and Industrial Research (CSIR) and the University of Cape Town.

To study this process, Dr Fanucchi is using a combination of advanced microscopy and cell biology approaches in transgenic models. Her work came to the fore in 2013 thanks to a paper published in the prestigious journal Cell on the then poorly understood process of how 3D nuclear architecture influences gene regulation. Her current research will help refine targeted therapies for cancer and autoimmune diseases.

Talking about being named a L’Oréal-UNESCO For Women In Science International Rising Talent, Dr Fanucchi described the feeling as unreal. “Winning this award has been surreal and being exposed to such great scientific talent has been a life changing experience. Having the platform to discuss the importance of having more females in science has been a highlight for me. In addition, we get to celebrate phenomenal female scientific achievements which can inspire young girls who want to enter science.” 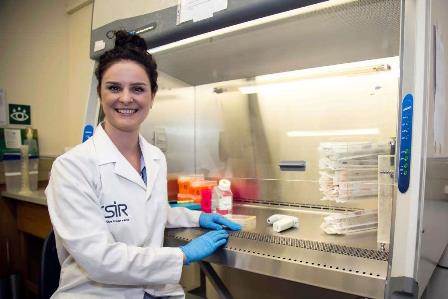 THE 2017 L’ORÉAL-UNESCO FOR WOMEN IN SCIENCE AWARDS

Since 1998, the L’Oréal Corporate Foundation and UNESCO have been committed to increase the number of women working in scientific research. 150 years after Marie Curie’s birth, only 28%* of researchers are women and only 3% of Scientific Nobel Prizes are awarded to them. Since the programme began, it has supported more than 2,700 young women from 115 countries and celebrated 97 Laureates, at the peak of their careers, including professors Elizabeth H. Blackburn and Ada Yonath, who went on to win a Nobel Prize.

THE 2017 LAUREATES: WOMEN AT THE CUTTING-EDGE

The 2017 Edition of the L’Oréal-UNESCO For Women in Science Awards celebrates the excellence, the creativity and the intelligence of 5 eminent women scientists. The 5 Laureates will receive an Award of 100,000 € each on March 23rd at La Maison de la Mutualité in Paris to commend their scientific contributions in the fields of quantum physics, physical science and astrophysics.

The keynote speaker at the L’Oréal-UNESCO For Women in Science Awards ceremony will be the President of Mauritius, Ameenah Gurib Fakim who was elected in 2014 and is the country’s first female president. She was the 2007 L’Oréal-UNESCO For Women in Science Laureate for Africa and the Arab States. Her research focused on the exploration and analysis of plants from Mauritius and their bio-medical applications. Professor Gurib Fakim created the first-ever full inventory of the medicinal and aromatic plants on Mauritius and neighboring island Rodriguez. Her analysis of the antibacterial and antifungal properties of plants from Mauritius is paving the way for their use as safe and effective alternatives to commercial medicines.

Discover more about the 5 Laureates and the 15 International Rising Talents: Click here for more information.

About UNESCO Since its creation in 1945, the United Nations Educational Scientific and Cultural Organization supports international scientific cooperation as a catalyst for sustainable development and for peace between people. UNESCO assists countries in the development of their public policies and in building their capabilities in the fields of science, technology, innovation and scientific education. In addition, UNESCO leads several intergovernmental programmes for the sustainable management of freshwater, ocean and terrestrial resources, for biodiversity protection and to promote science’s role in combating climate change and natural disasters. To meet these goals, UNESCO is committed to ending discrimination of all kinds and to promoting equality between women and men.