Abdullah Ibrahim, lustrous South African pianist and composer from Cape Town, was awarded from the Order of the Rising Sun, Gold and Silver Star by His Majesty the Emperor of Japan. Undisputed master of Cape Jazz, Abdullah Ibrahim is also a major figure of the apartheid struggle.

Ibrahim notably distinguished himself by his 1974 song called "Manenberg", celebrating the colored township of Manenberg and which became in the 1980s an anthem of protest for the anti-apartheid activists.

Ibrahim has also a very special relation with France. He has composed scores for two movies from the French film director Claire Denis, including the award-winning soundtrack for Chocolat (1988), as well as for No Fear, No Die (1990).

For more informations about Abdullah Ibrahim, you are welcome to consult the article from France musique by clicking on this link : https://www.francemusique.fr/jazz/abdullah-ibrahim-decore-de-la-spring-imperial-decoration-au-japon-83812 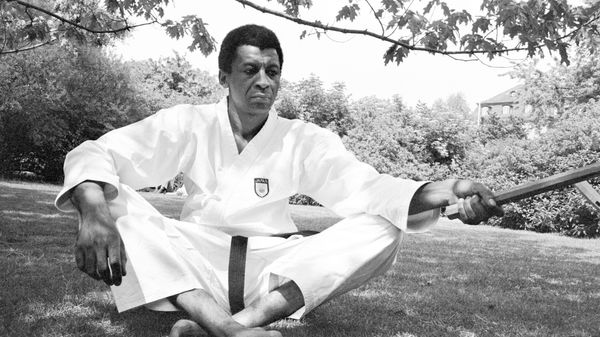