France national under 19 rugby team visited Siyabulela School in Langa, located in the suburb of Cape Town, during its visit to the Western Cape Province to take part in the U19 International Series. Siyabulela School students are part of the rugby club Busy Bees, which receives support from the French association Le Cap Sportif. 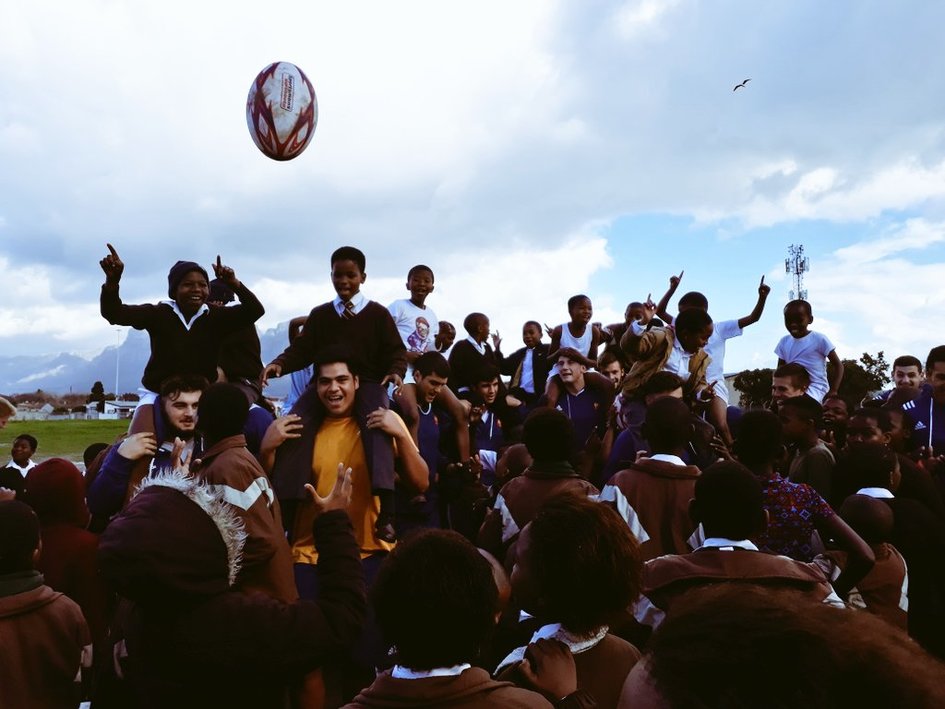 In presence of Mme Charlotte Montel, Chargée d’Affaires a.i. at the Embassy of France to South Africa, and Mr Xavier d’Argoeuves, Consul General of France in Cape Town, Siyabulela students played and exchanged some balls with the rugby players. Singing and dancing, they all shared a beautiful moment of friendship. The team members also did donations to Siyabulela School and the Busy Bees club. 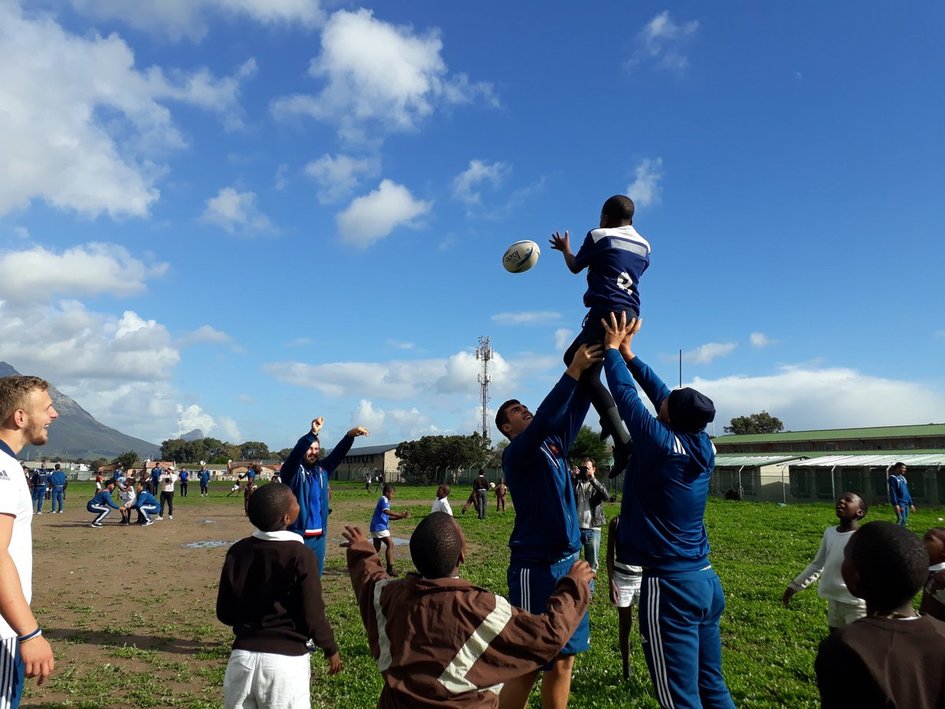 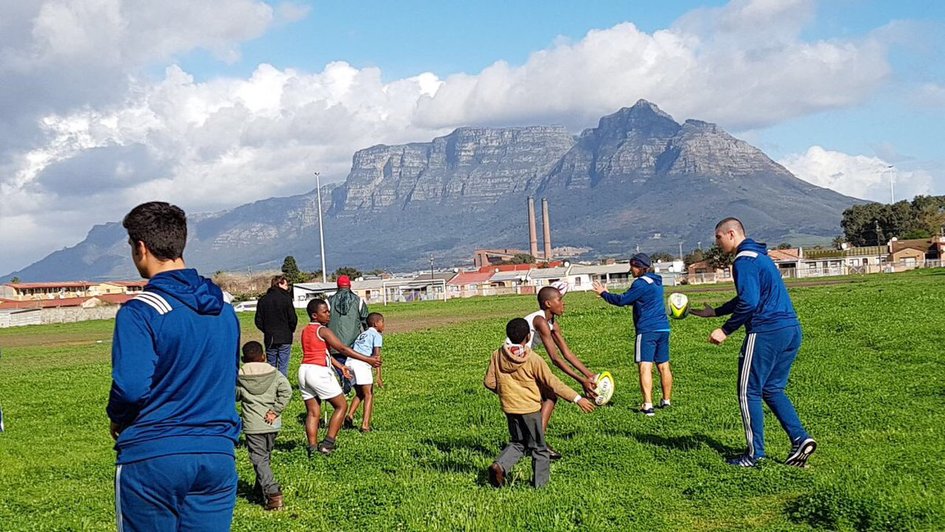 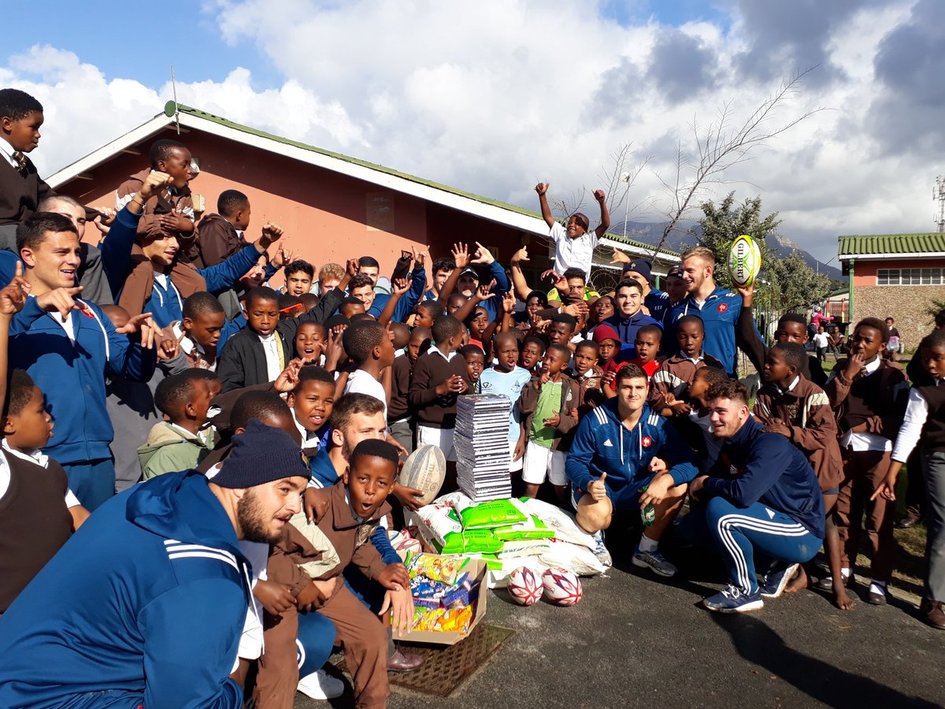 The French players are in the Western Cape Province to play the official ’Test Match’ international series, from 3rd to 20th August 2017. After their victory against the South African team, they will play their last game on Saturday 19th August at 12h15 against Wales in Athlone (City Park Stadium). Come to support them ! 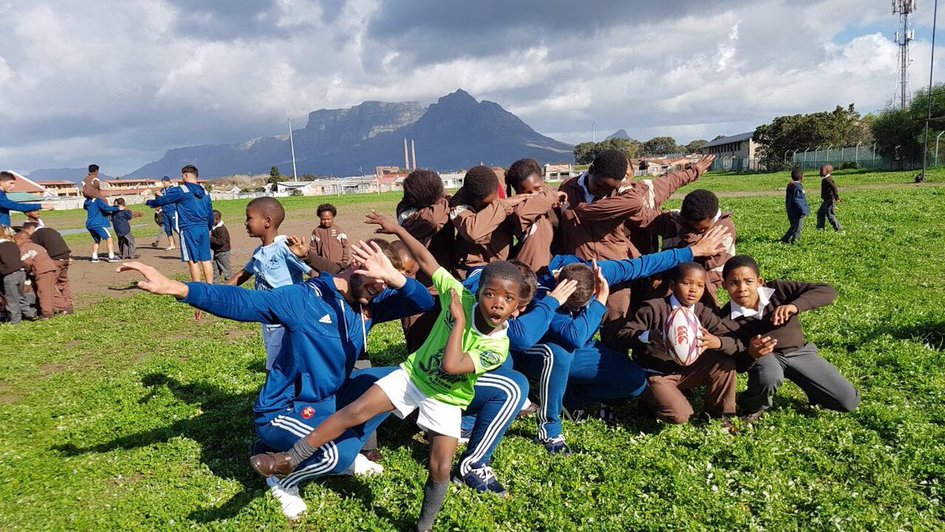