On Monday 8 May 2017, Ambassador of France to South Africa Christophe Farnaud visited the French South African Institute of Technology (F’SATI) at the Tshwane University of Technology’s campus in Pretoria. 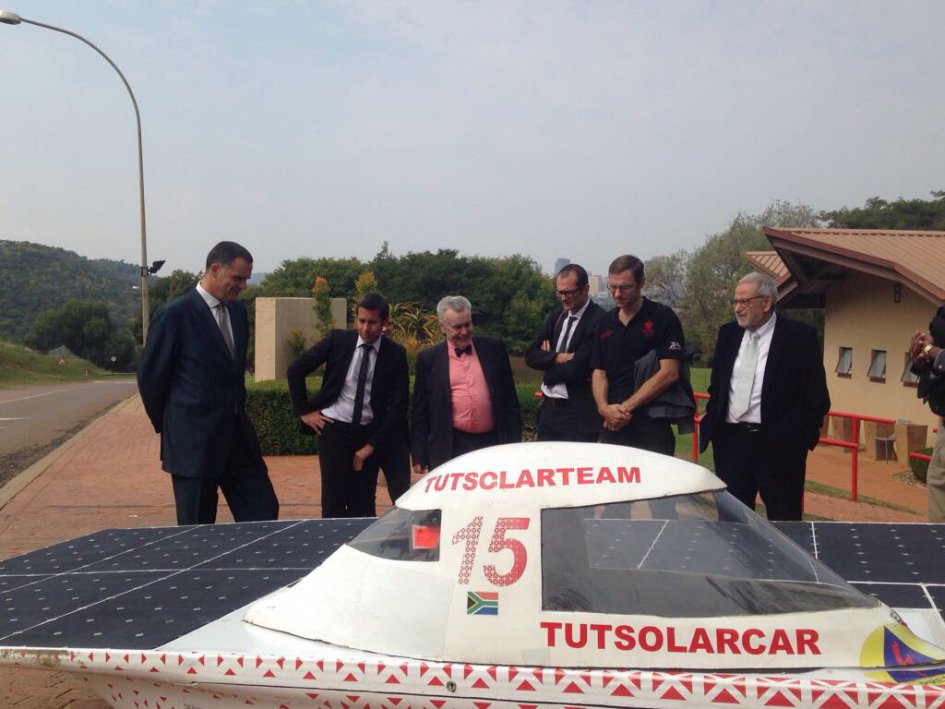 The institute’s mandate is to contribute to the creation of knowledge and transfer of technology between South Africa and France as well as capacity-building and technical training of South Africans.

The initiative was launched in 1996 after a visit by late former President Nelson Mandela to France, under the responsibility of the Chamber of Commerce and industry of Paris (CCIP), with the objective of developing a training institute in electronics in South Africa.

The Institute has, since its inception, continuously participated in human capacity development through great collaboration between South African and French institutions.