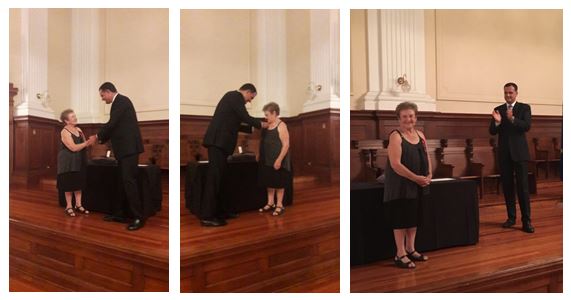 On Wednesday, 19th April 2017, Helen Lieberman was awarded “Officier de la Légion d’Honneur”, the highest French distinction, by His Excellency Mr Christophe Farnaud, Ambassador of France to South Africa. The National Order of the Legion of Honor is a commitment to the ideals and values of the French nation. It is an acknowledgment of their dedication and of the role they have assumed in their respective fields. 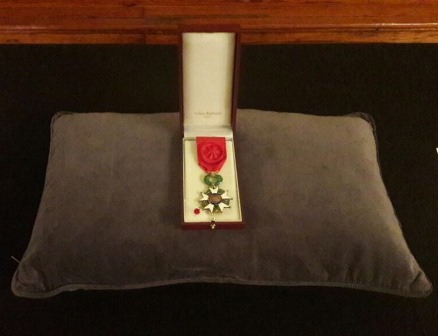 His Excellency Mr Christophe Farnaud awarded Helen Lieberman “in recognition of her lifelong commitment to the eradication of poverty, injustice and human misery”

Ambassador Farnaud commended the courage and the determination of Helen Lieberman, who “never yielded under pressure, under the strain imposed by the Apartheid police forces”, who “rather than giving away, worked with ever more determination to move towards her vision of a fairer South Africa”.

Retracing the steps of Helen Lieberman, Ambassador Farnaud reminded how in 1963, being a therapist at Groote Schur, she tracked down one of her young patients to Langa township and witnessed the brutality of Apartheid, “appalled at this unfair situation, you [Helen] decided to work hand in hand with the residents of the townships”.

Ambassador Farnaud recognized the remarkable work carried out by Ikamva Labantu, the community-based non-profit organization founded in 1963 by Helen Lieberman. “By establishing community-based structures, you [Helen] empower those you work with, from skills training to work placements, and from early childhood development to book reading clubs for the elderly”. Ambassador Farnaud also took the opportunity to commend the work of the women and men from the community that work hand in hand in the townships with Helen to empower others, and are “positive forces for change in South Africa”. Ikamva Labantu has more than 20 centers in the townships of Cape Town, hires more than 100 persons and takes care of about 25 000 persons per day – including 12 000 children. 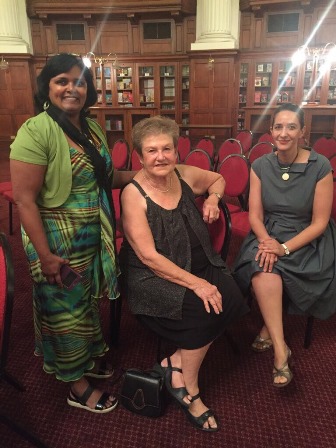 In her acceptance speech Mrs Helen Lieberman claimed to be “humbled and honored to be receiving this prestigious award” which she said it was “an affirmation of the combined activities of community leaders, devoted staff and their staunch supporters”. She reminded that “they have all worked together tirelessly to build – Ikamva Labantu – the future of our nation/people”. 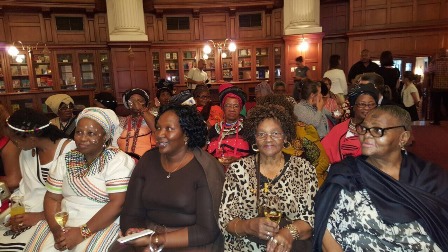 Helen Lieberman thanked, shared and dedicated this award to all the courageous community leaders she worked and works with, “our people on the ground have been the backbone and builders of our nation – they have built our past and will secure our future. Let’s hear them, listen to them, affirm them and salute them” she said.

Ikamva Labantu has been working with seniors for decades through its network of 19 Senior Clubs, reaching more than 900 seniors every day in the township communities. Ambassador Farnaud announced to Helen and the community members present at the function, that the French Embassy will provide a grant to Ikamva Lavantu in order to suppor two senior clubs.

Among the attendants, you could find governments’ officials, civil society representatives, figures from the cultural world as well as community leaders from the township representing Ikamva Labantu.

More about Helen Lieberman: Helen Lieberman is a South African community leader and humanitarian activist, well known for her work in the townships of Cape Town for over 50 years. When working as a speech therapist at the Groote Schuur hospital, she discovered in 1963 the true side of Apartheid, the brutality and unfairness of a system which confined the majority of South Africans to a life of misery. She discovered that black patients from the Cape Town hospitals were discharged from the hospital and sent back home to die. Outraged by this unfair situation, she decided to put all her will at the service of the most deprived people from the most disadvantaged neighborhoods of Cape Town.

The insights she gained and the relationships she developed with the communities led to the formation of Ikamva Labantu. Ikamva Labantu is dedicated to creating sustainable socio-economic change in Cape Town’s township communities. By working hand-in-hand with community members, it seeks to empower individuals and help communities to become self-sufficient, tacking issues such as health, education and unemployment.

More about Ikamva Labantu: Established in 1963, Ikamva Labantu (“the future of our nation” in Xhosa) is a nonprofit organization that helps building communities by connecting with leaders, teachers and guardians who are already committed to supporting and uplifting those around them. The association is committed to creating sustainable socio-economic change in Cape Town’s township communities. For more information, visit: http://ikamva.org.za/