12 July 2016: Commemoration of the 100th anniversary of the Battle of Delville Wood in the North of France

South-African President Jacob Zuma and French Minister of State for Veterans and Remembrance, attached to the Minister of Defence, M.Todeschini, paid tribute to all South-Africans who perished in WWI.

On Tuesday 12th July 2016, South-African President Jacob Zuma attended the commemoration of the 100th anniversary of the Battle of Delville Wood in the North of France. Also present were the French Minister of State for Veterans and Remembrance, attached to the Minister of Defence, M.Todeschini, and Ambassador of France to South Africa, Elisabeth Barbier.

President Jacob Zuma first went to the Longueval Memorial, were he was welcomed by the French Minister of State for Veterans and Remembrance, attached to the Minister of Defence, M.Todeschini. They laid a wreath, heard the "Last Post" and held a minute of silence. 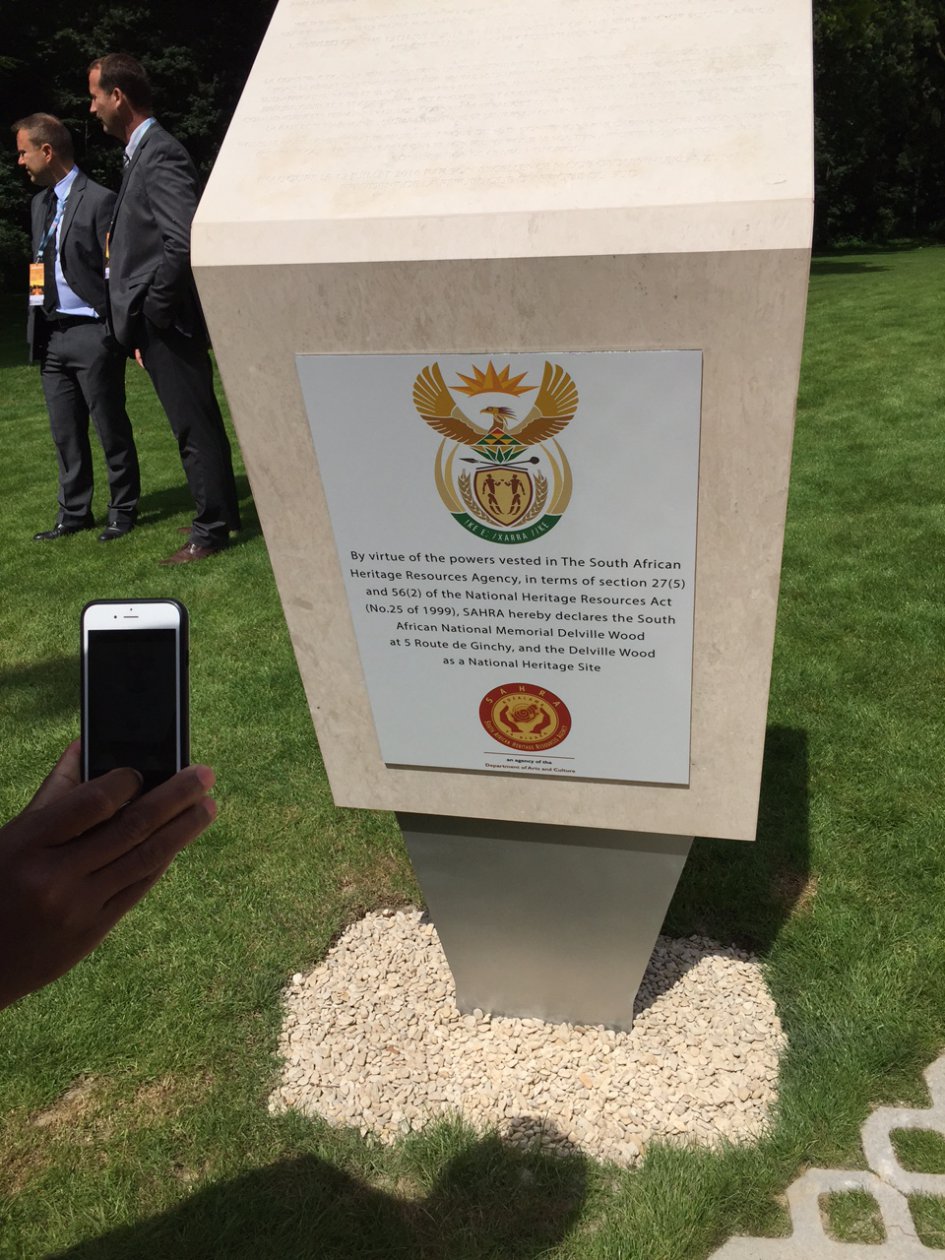 President Zuma also went to the newly transformed South-African National Memorial in Delville Wood - which aims at honoring all South-African soldiers, irrespective of race, who perished in the war - where he attended a ceremony to commemorate the 100th anniversary of the Battle of Deville Wood and inaugurated the Wall of Memory. President Zuma also visited and inaugurated the renovated museum of Delville Wood.

The Battle of Delville Wood became one of the deadliest Somme engagements of the First World War, in which the Union of South Africa lost almost two-thirds of the complement of its Overseas Expeditionary Force in less than a week of warfare.

The South-African Union was only four years old at the beginning of WWI in 1914. As part of the British Empire, the country became attached to the Allied war effort in several military operations in Africa and the Middle East (South West Africa, South East Africa, North Africa, and in Egypt and Palestine), and in Western Europe. Over 200 000 White, African and Colored South Africans went to fight as combatants or to labor as non-combatants on these varied fronts. Due to the political requirements of segregation, black Africans were only allowed to serve as laborers or as other unarmed auxiliary workers, and were all prohibited from bearing arms. By the end of hostilities, around 12,500 South Africans had either been killed in action or had died as a consequence of their active war service. In death they were segregated as they had been in life - black servicemen were not buried together in the same cemeteries with their white compatriots.